Go to Collection on OpenSea.io
This past summer (2022), I had just moved to Hong Kong and was looking for interesting people to record. My friend Paul Yip who is an experimental musician and sound bath performer, recommended that I get in contact with Nelson Hiu. Upon first glance at Nelson's Instagram, he seemed like an interesting fellow, with moody photographs and short videos of solo performances. So I got in contact with him and set a date to meet.
Nelson lives out in Peng Chau which is a 30 minute ferry ride from the Central Piers in Hong Kong. I love taking boats and ferries. It always reminds me of my first journey to Chongming in Shanghai, the excitement and mystery of what lays on the other side. I had never been there so my imagination and anticipation were running wild. Our first meeting, though brief, was a pleasant one. We met at the Islanders Space (ig @islanders.space) which is a venue that hosts events dedicated to local urban design and exploration in Peng Chau. Nelson was curating a monthly performance series at the venue with musicians whom he knew and respected. 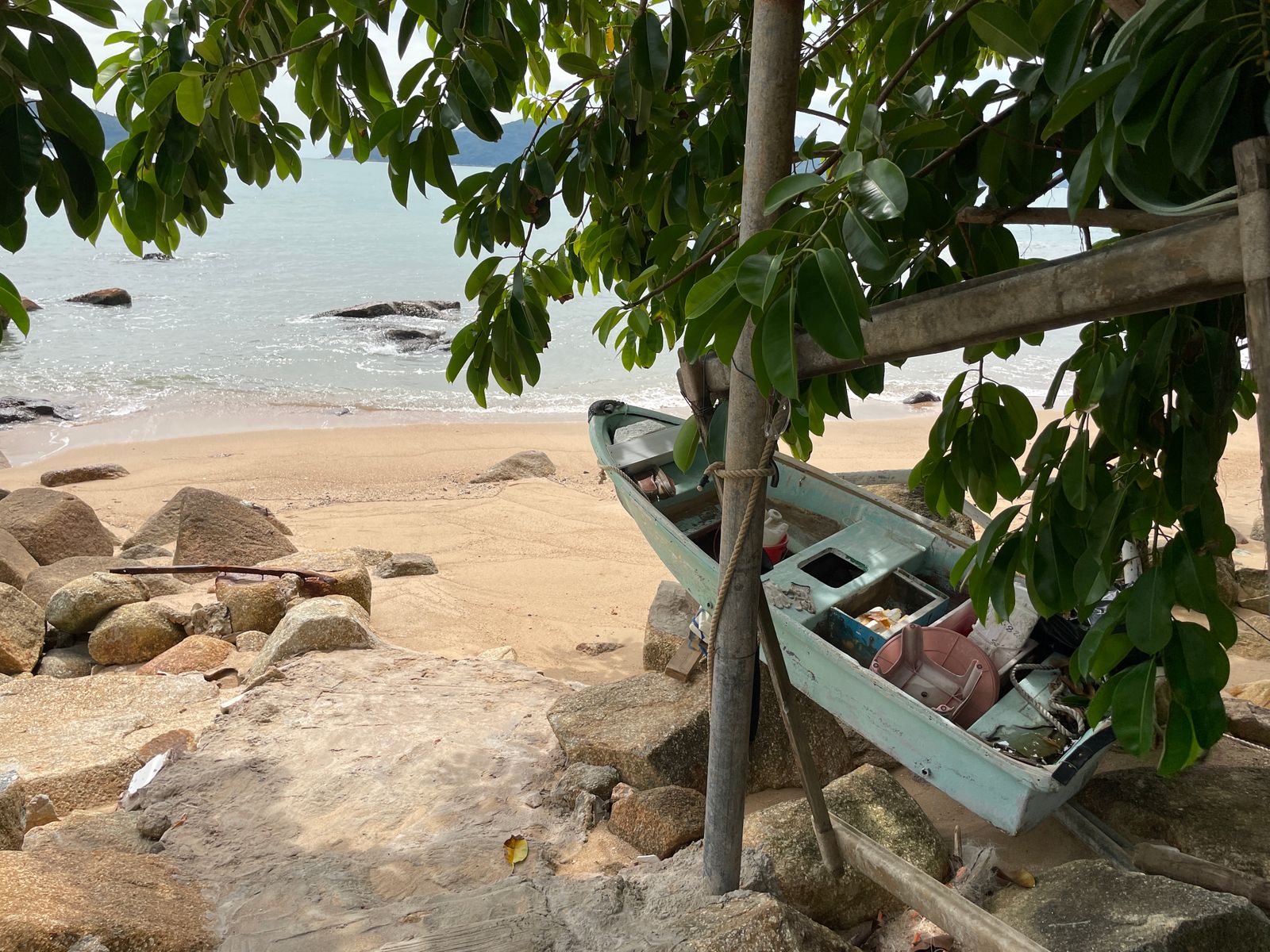 Small Pengchau beach
I mentioned I was recording experimental musicians in Hong Kong for an album project and wanted to know if he would be down with participating. He agreed and we decided on a day to record as I left on the next ferry. 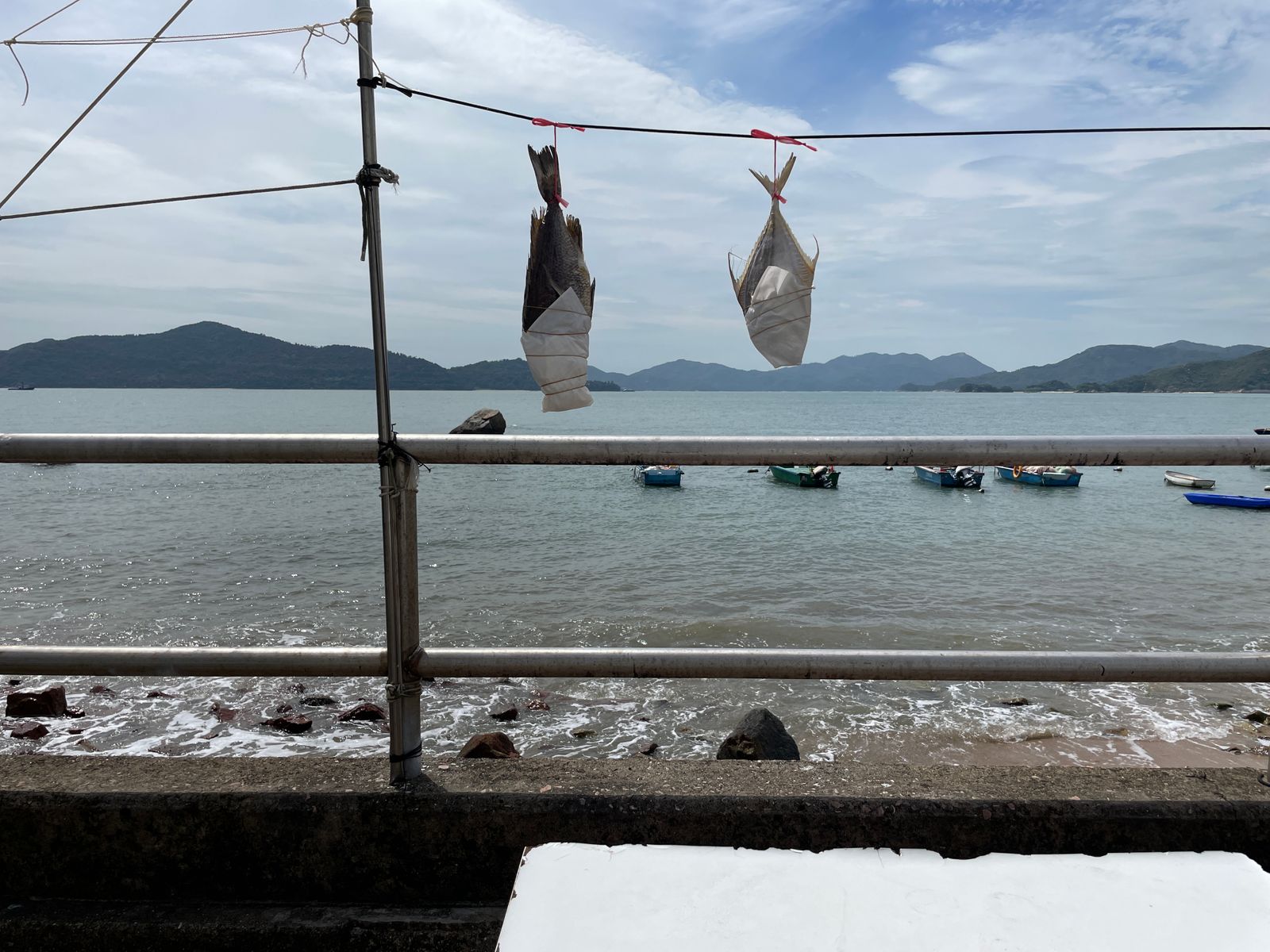 Pengchau
The day of the recording, I took the morning ferry to explore the island and do some field recordings. Peng Chau is a sleepy island town with most of its inhabitants living around the vicinity of the pier . There were a handful of tourists coming to the island that day to explore but for the most part it was a pretty quiet place. It is not a very big island but I was only able to explore the Eastern side before our meeting. There is never a shortage of ocean and water sounds in Hong Kong. Peng Chau had quiet green areas too. I walked around and got lost, met some dead ends, and was open to new experiences. From sea level to the top of the mountain I enjoyed every minute of it. 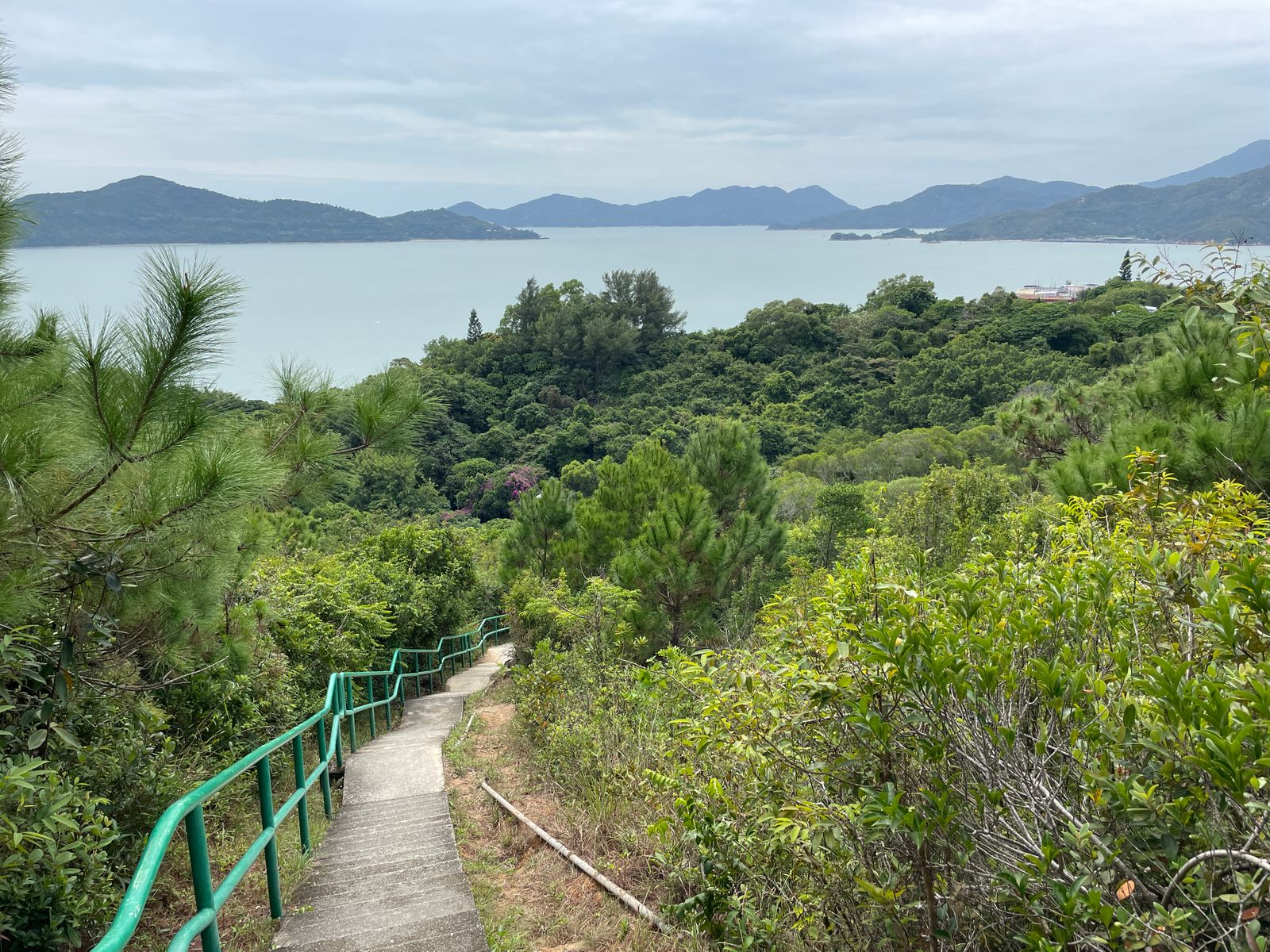 Pengchau
After lunch we met up and went to his apartment to begin recording. It was an informal recording, just using instruments and objects he had on hand: flute, hand drums, box o' stuff, even the strands of beads hanging in the doorway were used. I decided it was going to be a dynamic recording using a mono microphone moving around, in and out of the space as he played. I focused on describing the space by affecting the polar pattern: going into corners, pointing at all the surfaces, walking outside on the balcony, and even a detail of the creaking of Nelson's rattan woven chair. This dance lasted about 30 minutes and was a great improvisation. We bid each other farewell and I went back home to rest after a rewarding adventure. 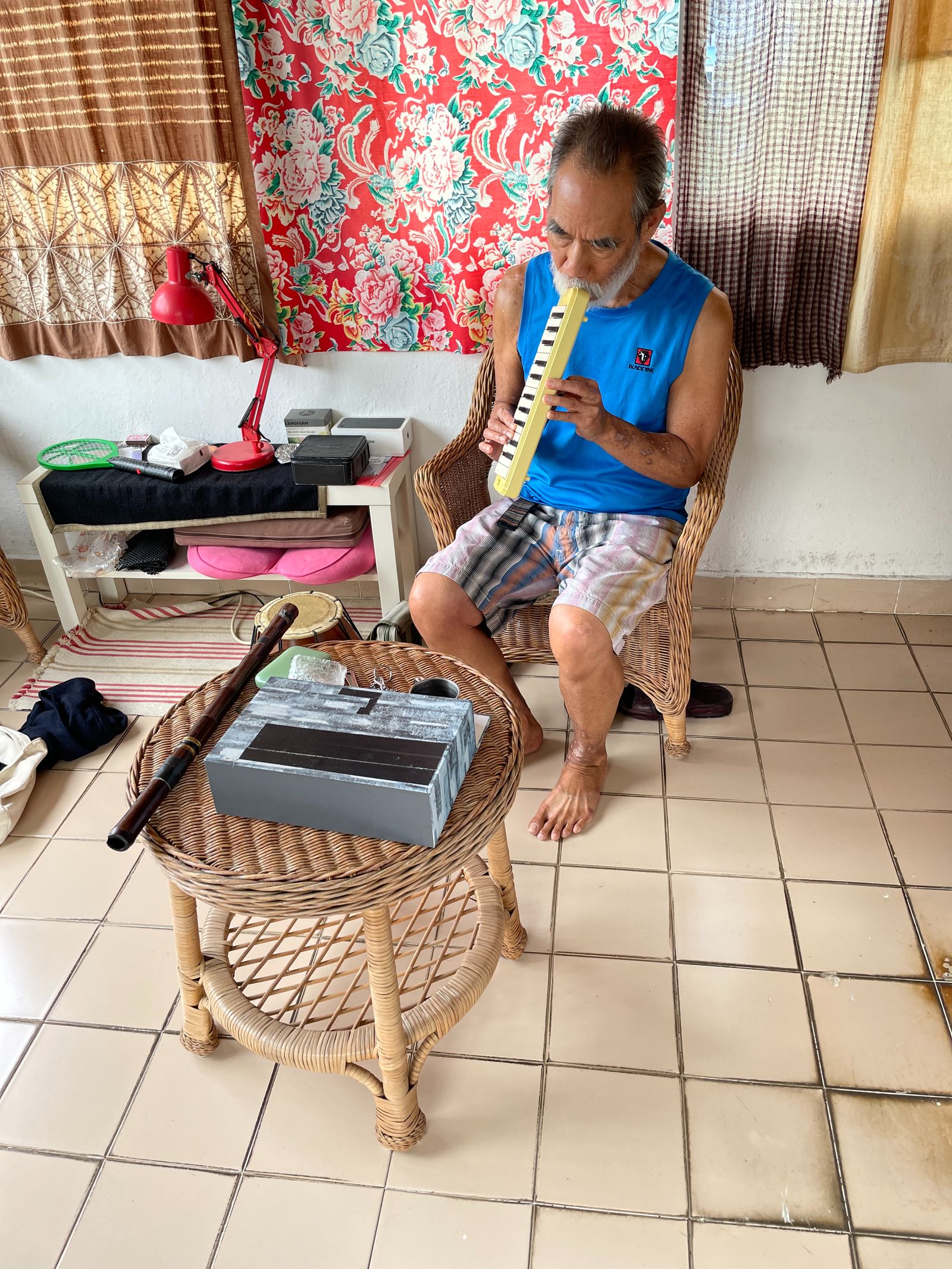 Nelson Hiu performing during recording
In the coming weeks, I had finally found a solution for the Generations project compositions and I just knew this recording would be perfect for it. I put it in and started the process. As it was the first Generation, it was going back and forth on the reels for a few weeks while i ironed out the composition process.
After propagating the audio for a few hours on the reels, I used previous recordings to give it some depth as each re-recording would not be as clear as the original giving a good texture and a sense of time passed.
As the composition process became more established, I decided that I would end the process and collected these 10 recordings you hear now. Upon giving an early recording to Nelson, he was happy to hear how it turned out and agreed to do more recordings for the project. I can't wait!

NFT
It is with great pleasure to announce that the Generations : Nelson Hiu collection will be exclusively sold as an NFT through OpenSea.
Recently I had been turned on to NFT for audio as a way to distribute my works. I was always frustrated about how Soundcloud reviewed tracks for distribution on streaming music platforms. The gatekeeper of the gatekeeper. I also felt like I was trying to fit in with Bandcamp's traditional album model. With Generations, where each recording is unique artwork, this further distanced me from the established framework for releasing music. What appealed to me about NFT was that I could treat my sounds like one-of-a-kind artworks. They could be unique, like paintings. Each minting yields a unique token that cannot be changed. I also see it as an effective way to invest in an artist by having an option for a percentage of each sale in the token's lifetime go to the artist. As an added incentive to buyers, the token value can be set by the current owner which has the potential for increasing in value. This benefits both the artist and the owner which is something that current established methods do not do for intanglible sound creations. It is about consumption not legacy. I have control over copyright and the amount of tokens I want to mint and sell. It redefined the meaning of what sound art was to me and made it more tangible. It's time for change.
Stay tuned. Thanks for listening.