Since the last message, I have been thinking about how I could cut down my setup to make it even more efficient to use, setup, and transport.
Wires 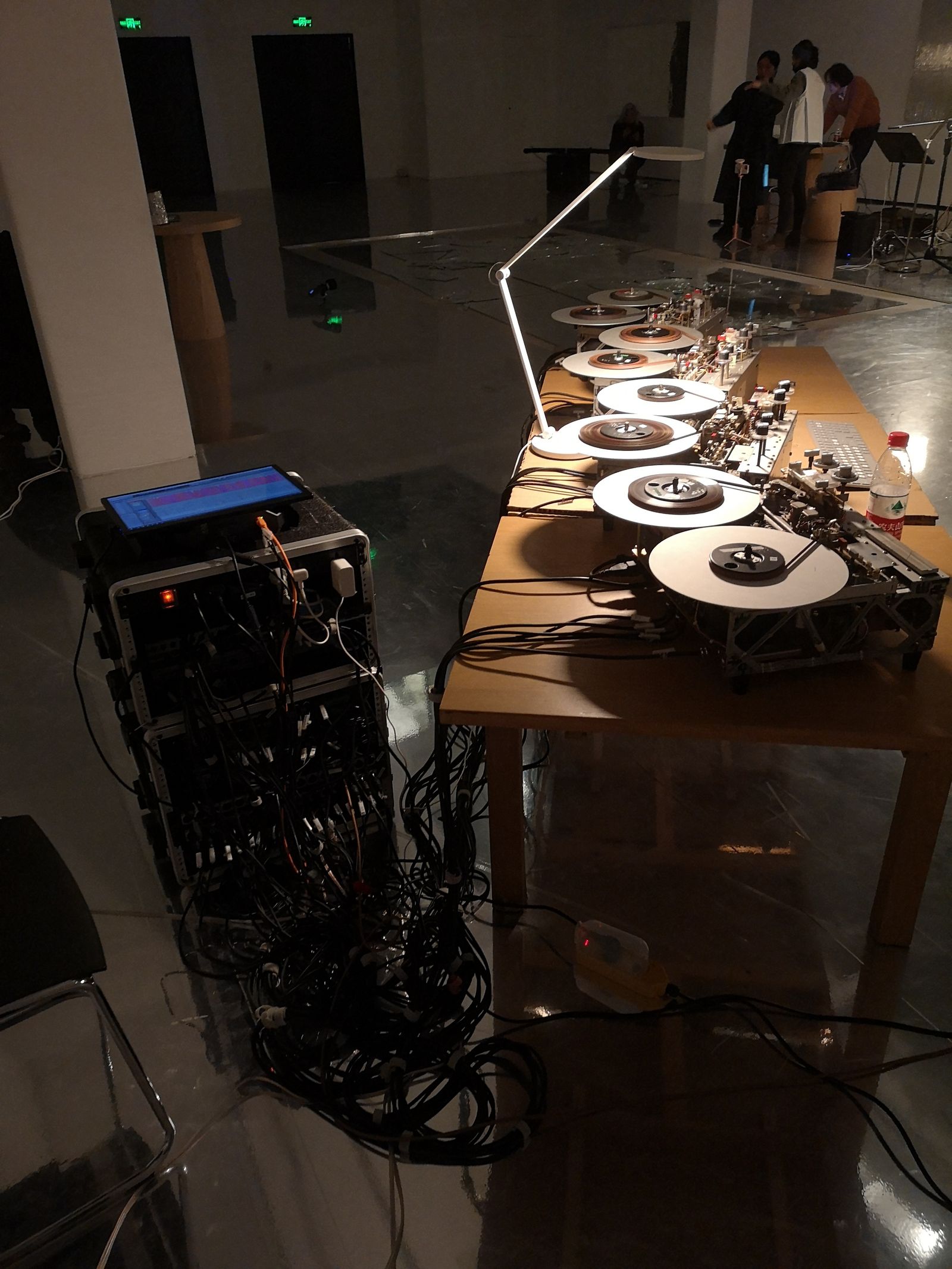 It all started with the wires. Taking away 1 DME and the D24 helped a little but I was still left with many cables going to each A77. 4 cables for the I/O, 1 cable for the external transport control, and 1 power cable. 6 cables. Times 4 units. That is a lot of cables.
I started to think bigger and decided to do what I wanted to do all along: put the Arduino transport control inside each machine. This quickly snowballed into many different directions and so I started to make a wish list for the instrument 3.0. The list seemed intimidating at first but after a few successful tests, I am confident that this will not only work, but will cut down my cabling to 2 per unit! 2 cables per unit!
Moving the Arduino inside means making a new motherboard that will go inside of the machine. This part is easy (and fun). What this also means is that the 10 pin connector is now obsolete. Hmmm. What if I could just pass my 4 unbalanced I/O cables (total 8 wires) inside of the existing 10 pin input? The Arduino is still being controlled via MIDI so why not throw that in there too (MIDI = 2 wires)? Wow 10 wires exactly, perfect! 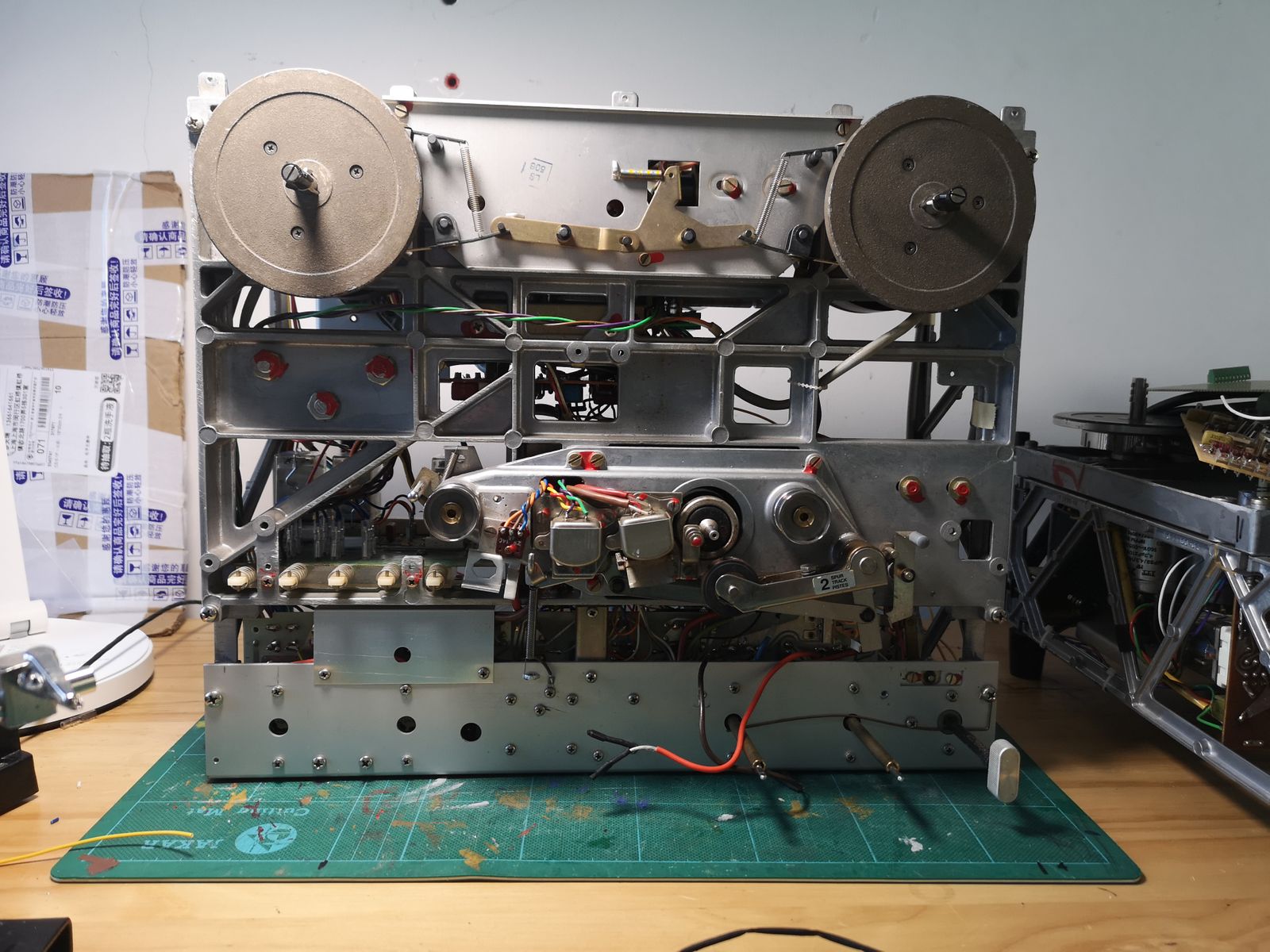 A Little Off the Top
Ever since I have been using the A77 I felt that the lower half was just kind of in the way, with or without the wood case. There are many things protruding out hiding (protecting) the tape path. I wanted to open up the tape path not only for ease of use but also simplifying the top of the machine. 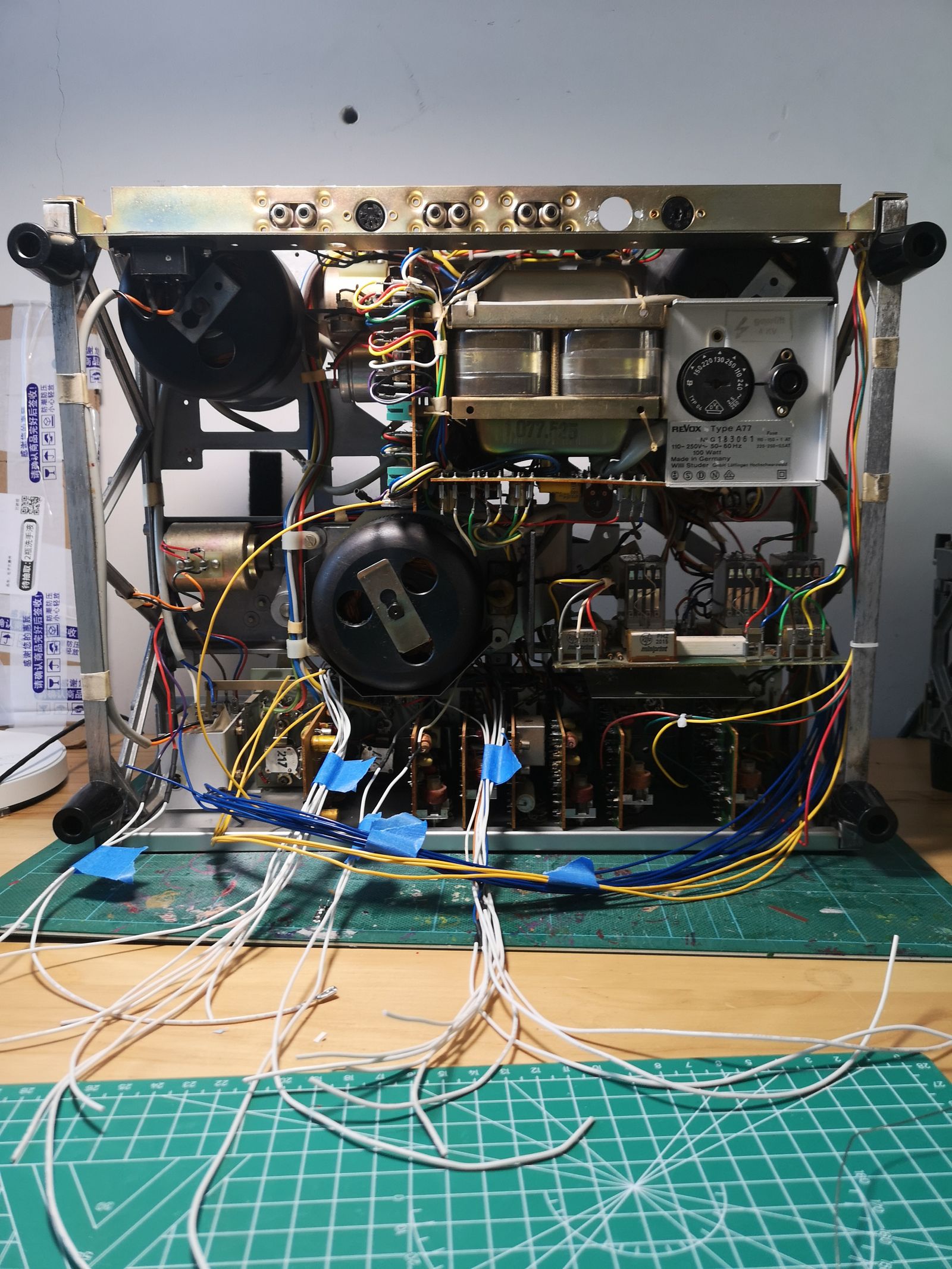 In my first unit, I previously removed the output and balance pots and admired how much cleaner it looked. I thought about ways to remove the VU Record board and other knobs but I didn't know how much of the other features I would use in a performance or even just a recording session. Also, something just didn't sit well with me cutting and reusing something that could fail in the future. No, if I was going to do this it would have to be future proof. Well now I know, and I am going to do something about it!
Moving the VU board is no small task. The record buttons and the VU meters all rely on it so moving it means extending wires and relocating everything. If you take away the Vu board and its support frame, you have to take away the input potentiometers and input selectors, and while you are at it, the reel cutoff button too. 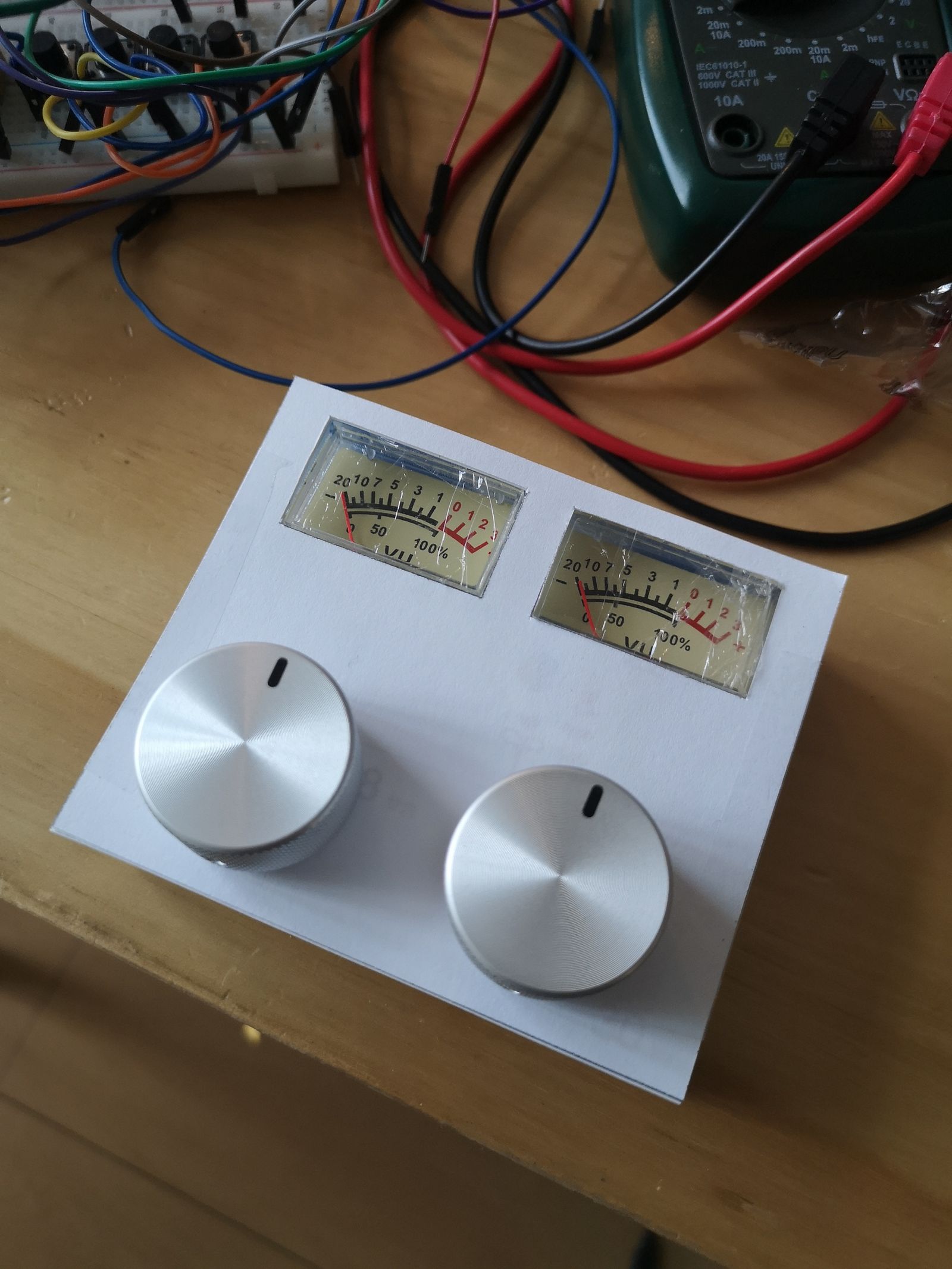 The best solution was to place the analog components (VU and potentiometers) in a small remote unit and digitize everything else (Record button, input selector, and reel motor cutoff). I figured I only use the pots and Vu when I record something so I just connect it when recording. During playback/ performance, all the audio is managed via my mixer (DME) so I can just remove it if I want.
The other settings will be controlled (on/off) via MIDI and will get rid of a lot of unnecessary features that I will never use (Radio and Mic) and put the functions that I do use with a MIDI note and keystroke.
The new motherboard will be mounted in the huge empty space on the right side of the unit (where the amplifier cards would be mounted). I could just piggy back the old VU board on the back of this with some bosses.
The transport and other functions will be turned on/off with the use of relays- 16 of them to be precise. Basically I am just extending the transport system to include more functions. 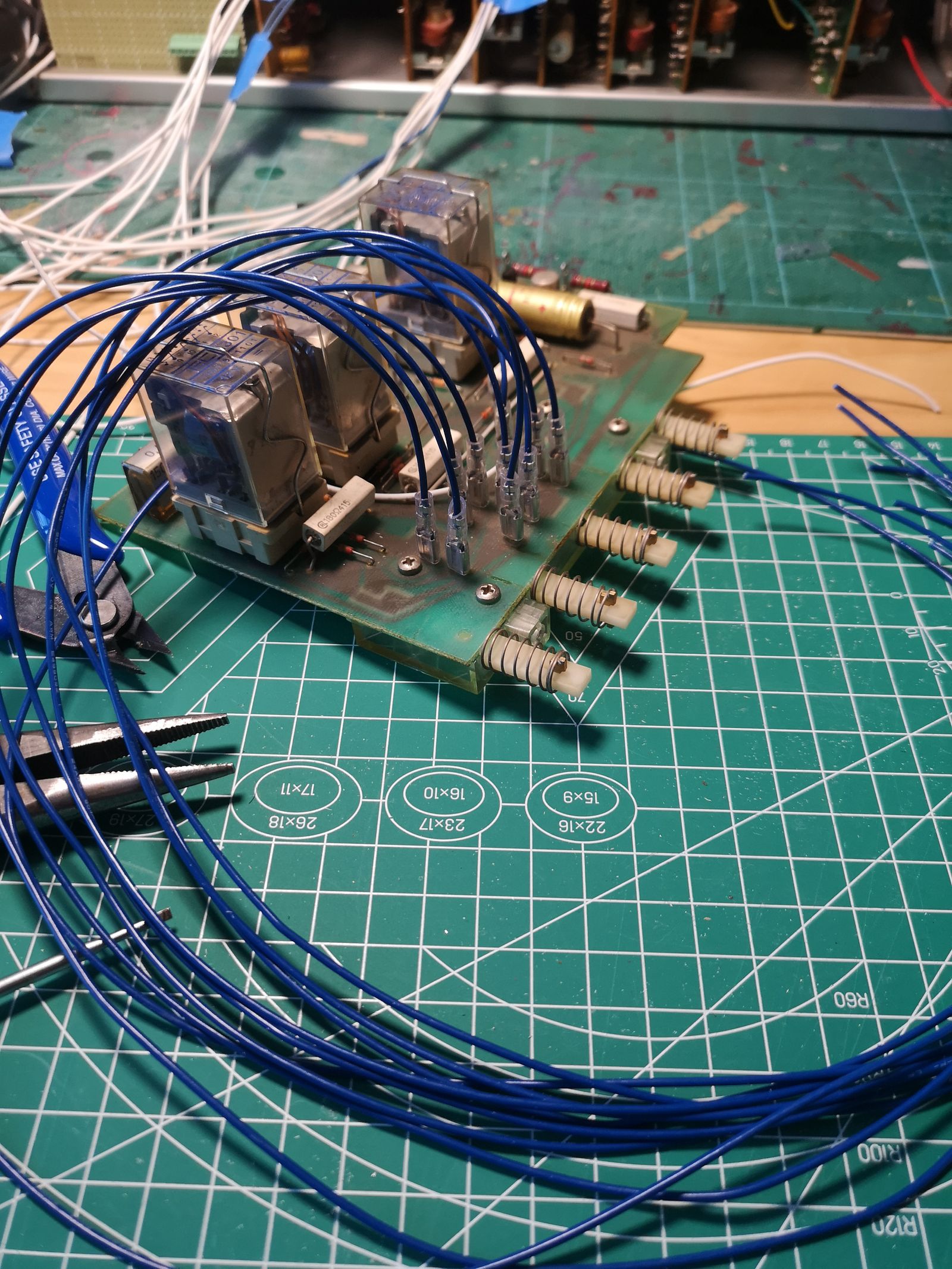 Another 10 pin connector will replace one of the obsolete speaker connectors on the back for the Remote cable. The remote will have new meters, and new TOCOS 5k log potentiometers. I haven't tested the remote VU and Pot idea yet but it should theoretically work, right? 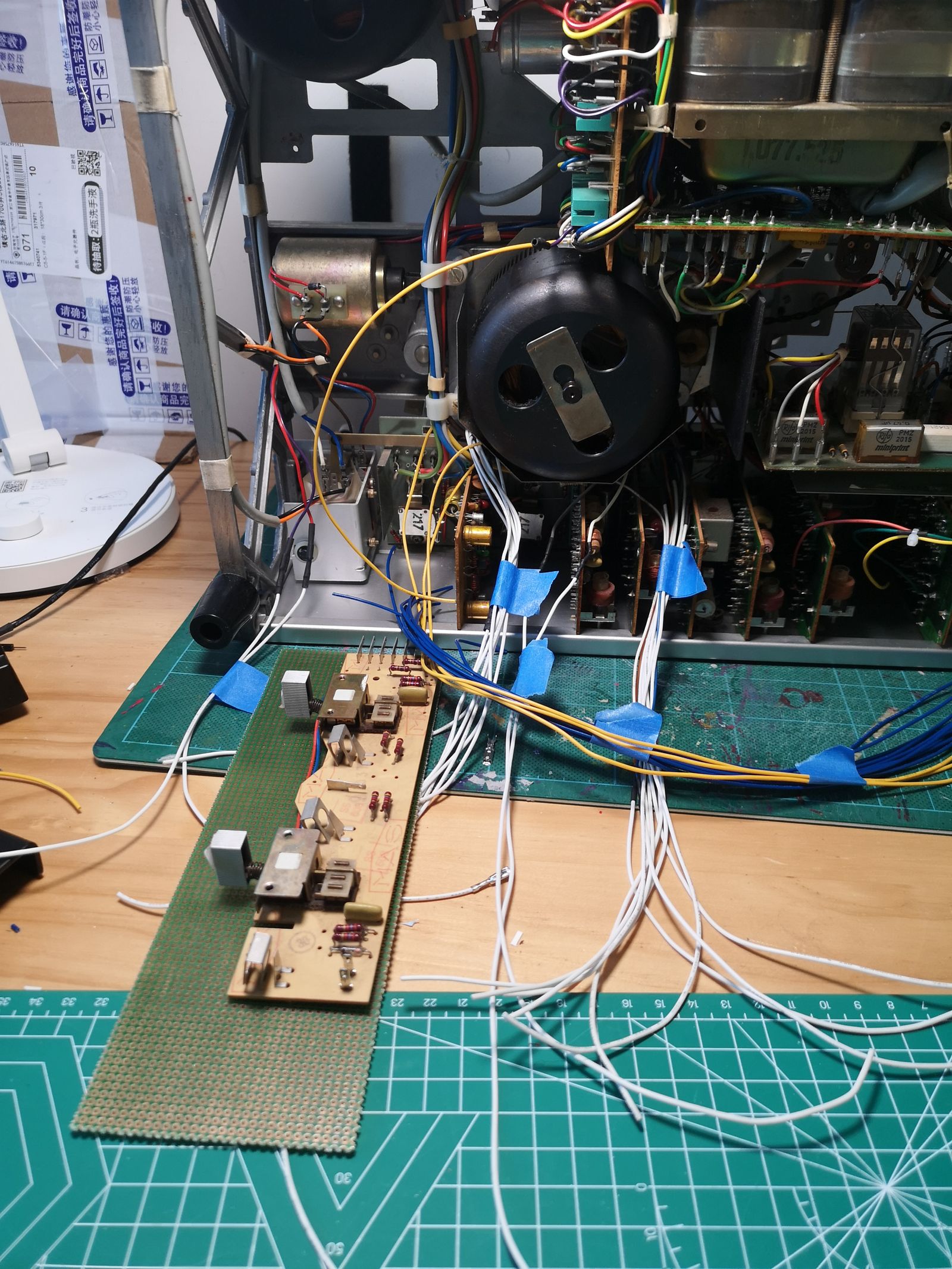 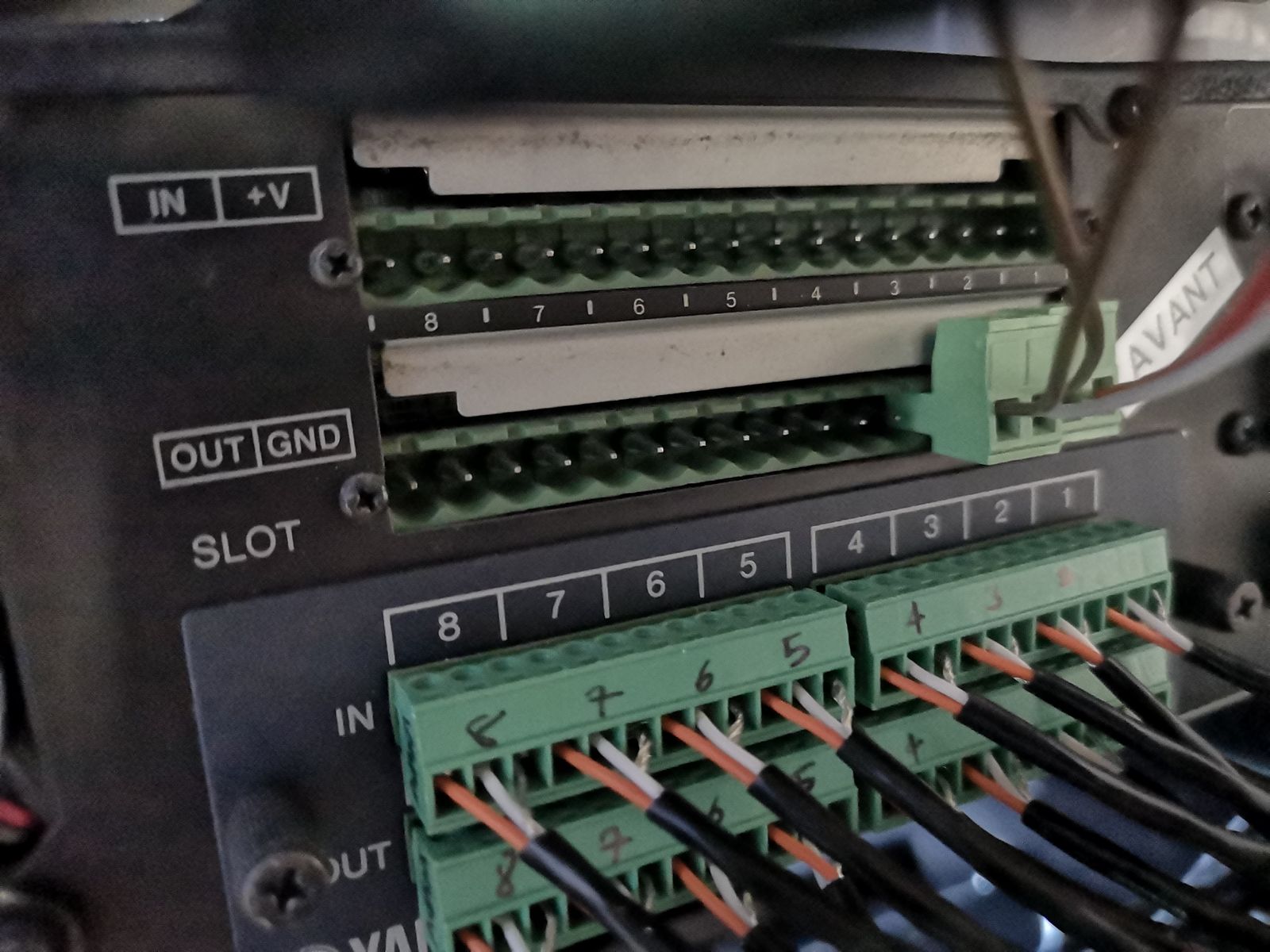 Now that I am only using 1 cable for audio I/O and MIDI, I no longer need the heavy 16- 4 meter- XLR to RCA cables anymore. This frees up my XLR panel in the back of the rack. With this newfound opportunity, I decided that I wanted to be able to switch the I/O to the DME head amp so that I can switch between the Rear XLR panel inputs or the Revox inputs. This allows me to be able to input a condenser microphone into the mixer (via the XLR inputs) or input signal from the Revox units to the same input- all at the click of a button.
How?
GPI output. Another wonderful thing that blows my mind with this unit. The DME 24 has 8 GPI I/O at the back of the unit. These I/O can be used to control the DME or have the DME control other hardware. Each I/O has max.+5Vdc (16mA max.) which you can power an Arduino from, which again adds amazing possibilities for control.
For this application, I will use each of the 8 GPI outputs to control 16 relays that either connect the XLR panel inputs or Revox inputs to the DME headamp I/O. Like all functions of the DME you can map this function to a MIDI message.
Boom.
In the end, my rack will have shrunk to a 6U rack and only 2 cables per unit. I can't wait. 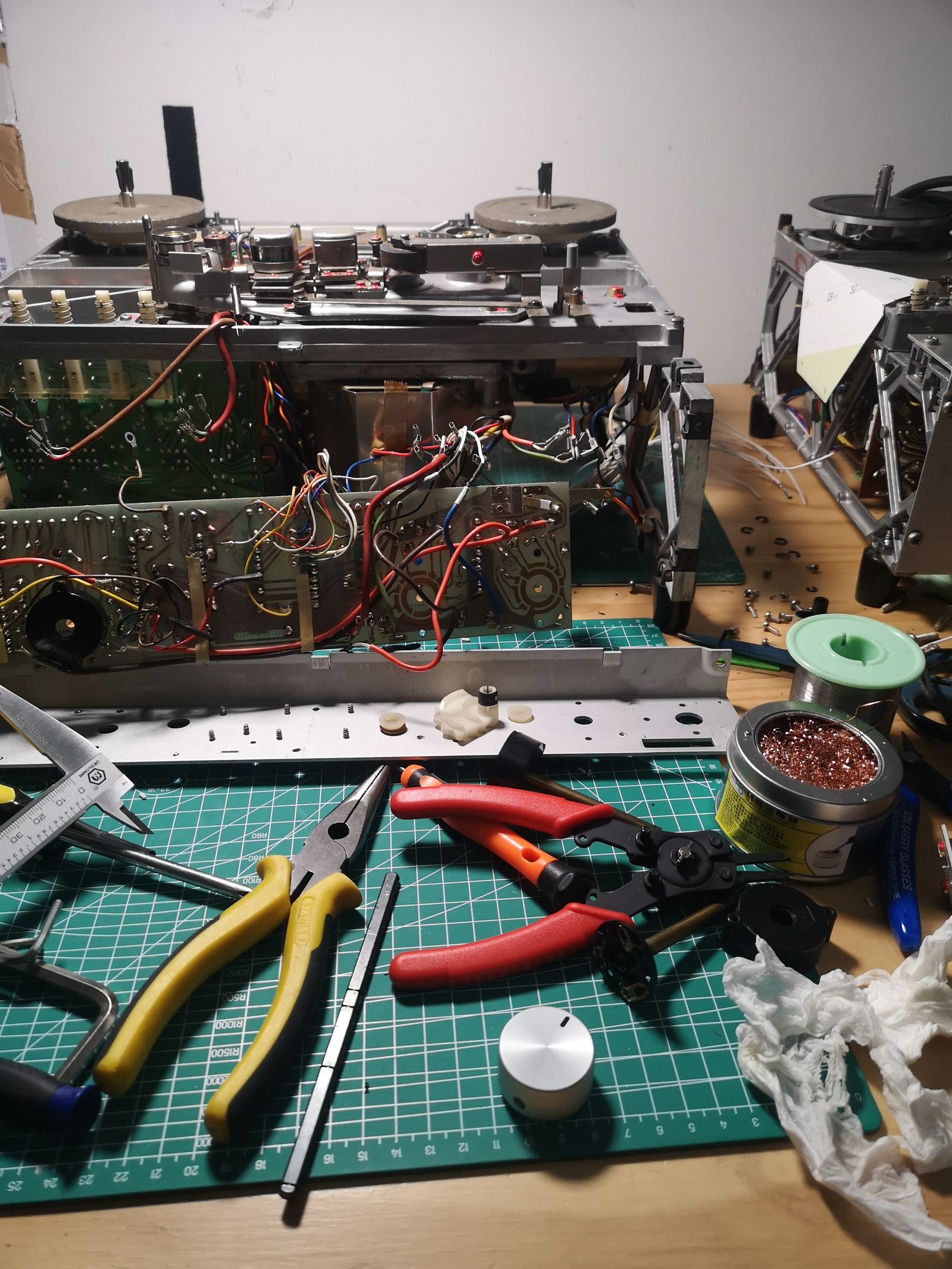 Well I think I have said enough. Components are in the mail and metal is being fabricated. Time to warm up that soldering iron. More updates coming soon.