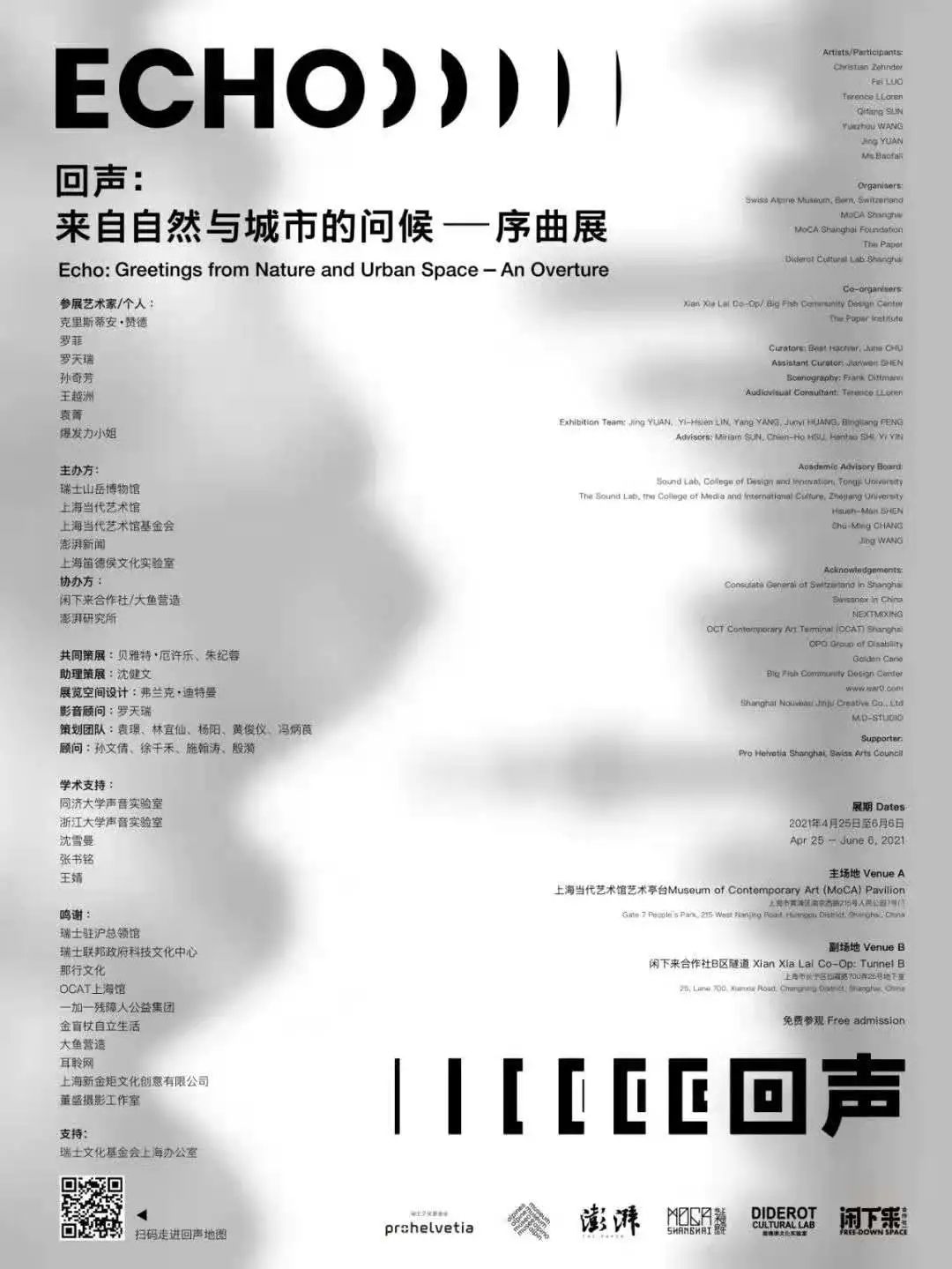 This past month I was fortunate enough to be involved in an international collaboration where an exhibit of the Swiss Alpine Museum was interpreted and exhibited by curator, June Chu. The exhibit was installed in two locations: one at the MoCA Pavilion at People's Square, and another in a tunnel of an underground community space in an old housing development.
The featured artists of the exhibitions were:
Christian Zhender
Fei Luo
Terence LLoren
Qifeng Sun
Yuezhou Wang
Jing Yuan
Ms. Baofan 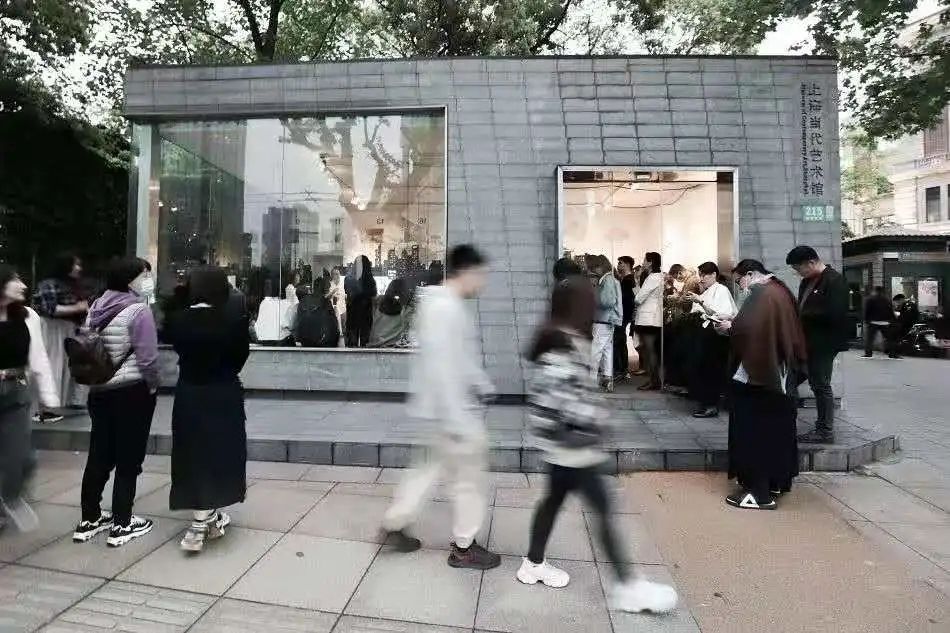 I was involved in the design process working with June and Swiss Scenographer, Frank Dittmann, on how to reinterpret the exhibit in Shanghai. As Frank was not in Shanghai, we had to design and execute the installation all within a few weeks. 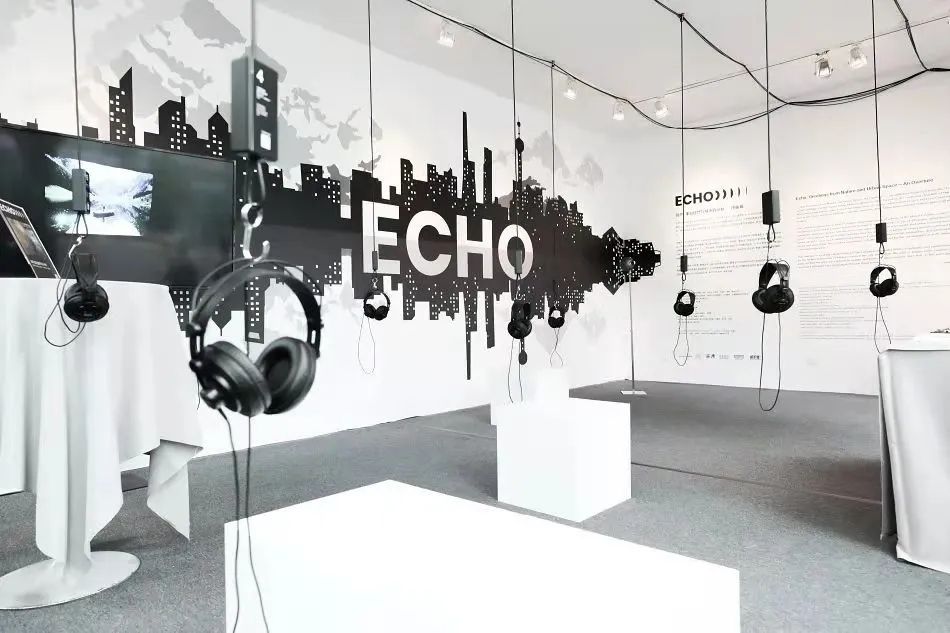 The idea of the hanging headphones was taken from the Swiss Exhibit and I was particularly proud of the final result here in Shanghai. Rather than use wireless headphones, which was not within the budget, we decided on having wired headphones connected to MP3 players. I used 100 meters of Canare cable that distributed the audio to 9 headphones. The wires were hung from the ceiling and was also used as the support for the headphones. The final connection box was all soldered on site. All audio installation was done by me. The Mp3 players were hidden in a box along the wall. 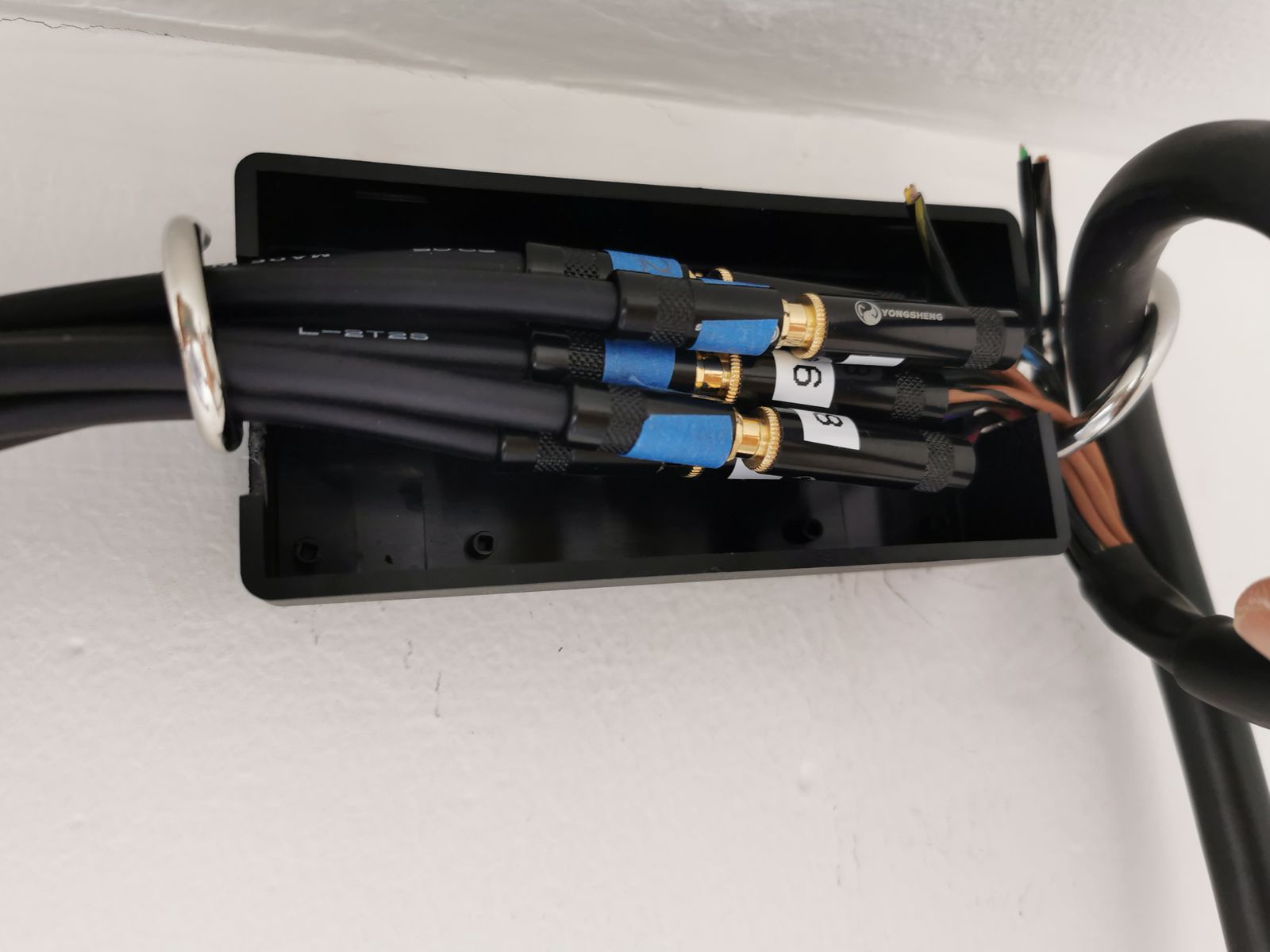 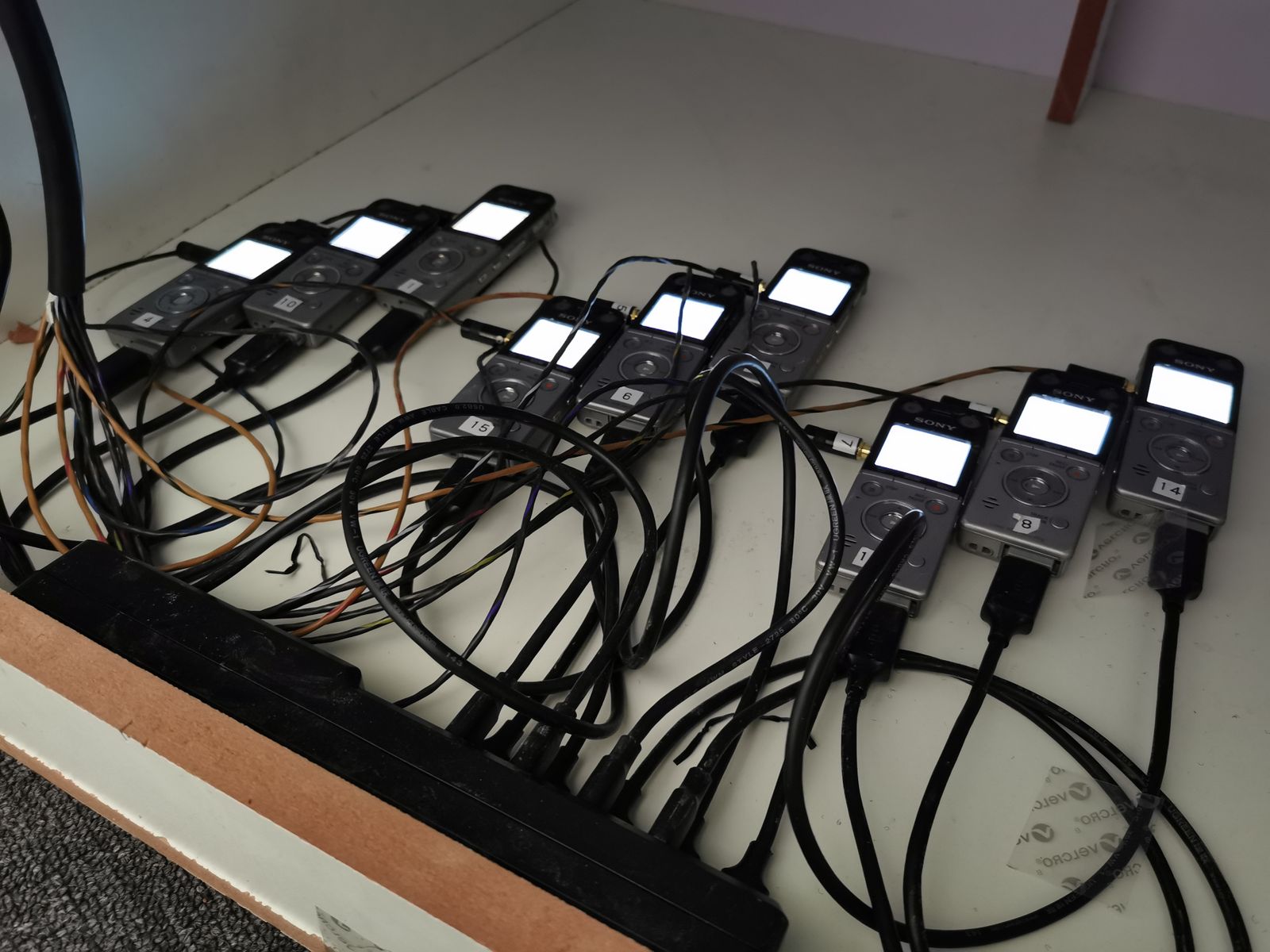 The second location design was inspired by our conversations with Frank who mentioned the artist, Christian Boltanski, whose work incorporated shadows and silhouettes. I thought they had an amazing depth to them and would be perfect for our tunnel space. This also was a great solution to our limited budget by using a minimum amount of material for the maximum amount of space. To echo the Swiss-Shanghai silhouette concept in the MoCA Pavilion, I traced and cut the outlines of Swiss and Shanghai architecture and Swiss Alps and taped them to a cardboard platform and ceiling. I used tiny USB lights to project the shadows on the opposite wall. The entire installation was improvised and created on the spot. 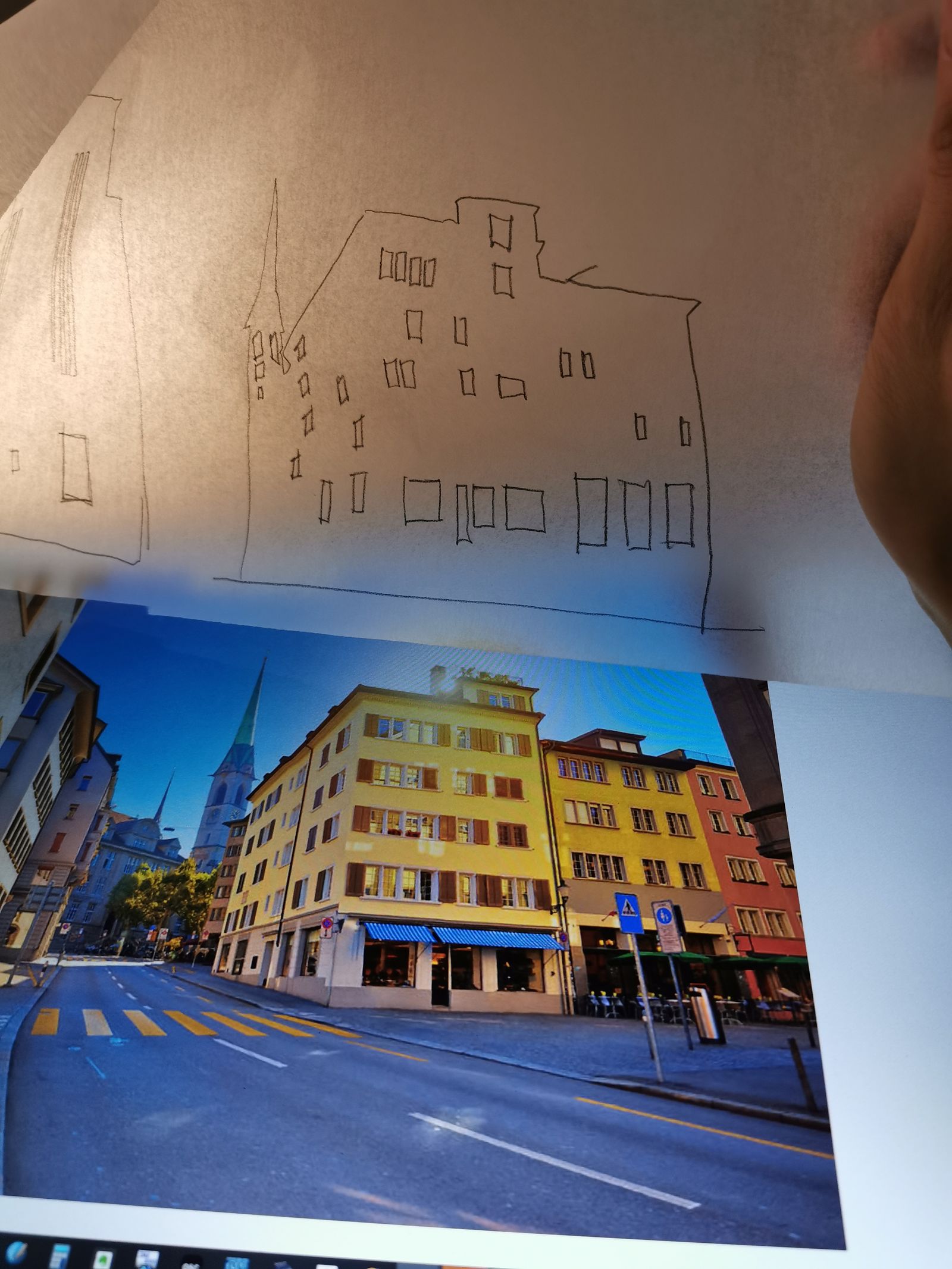 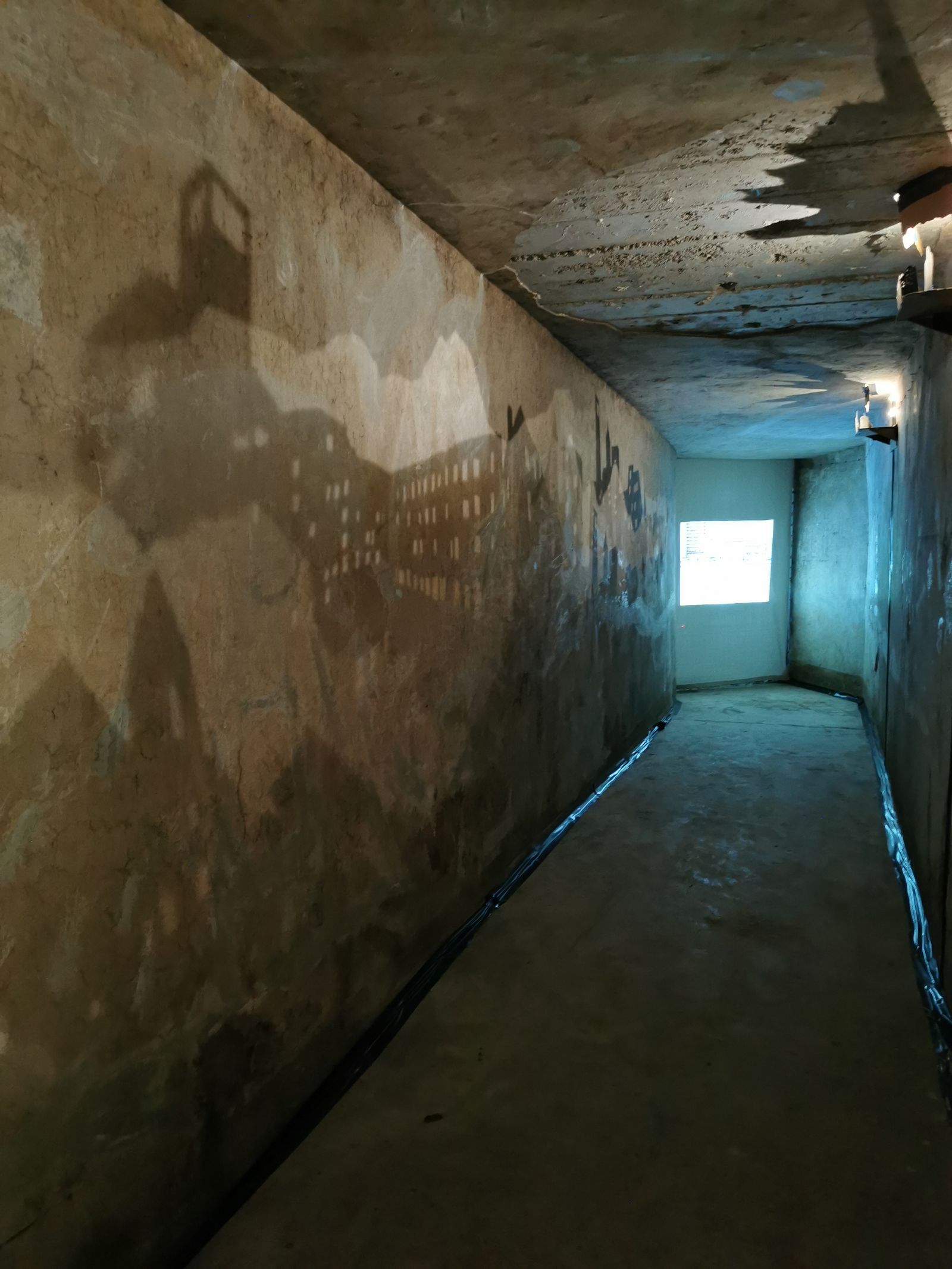 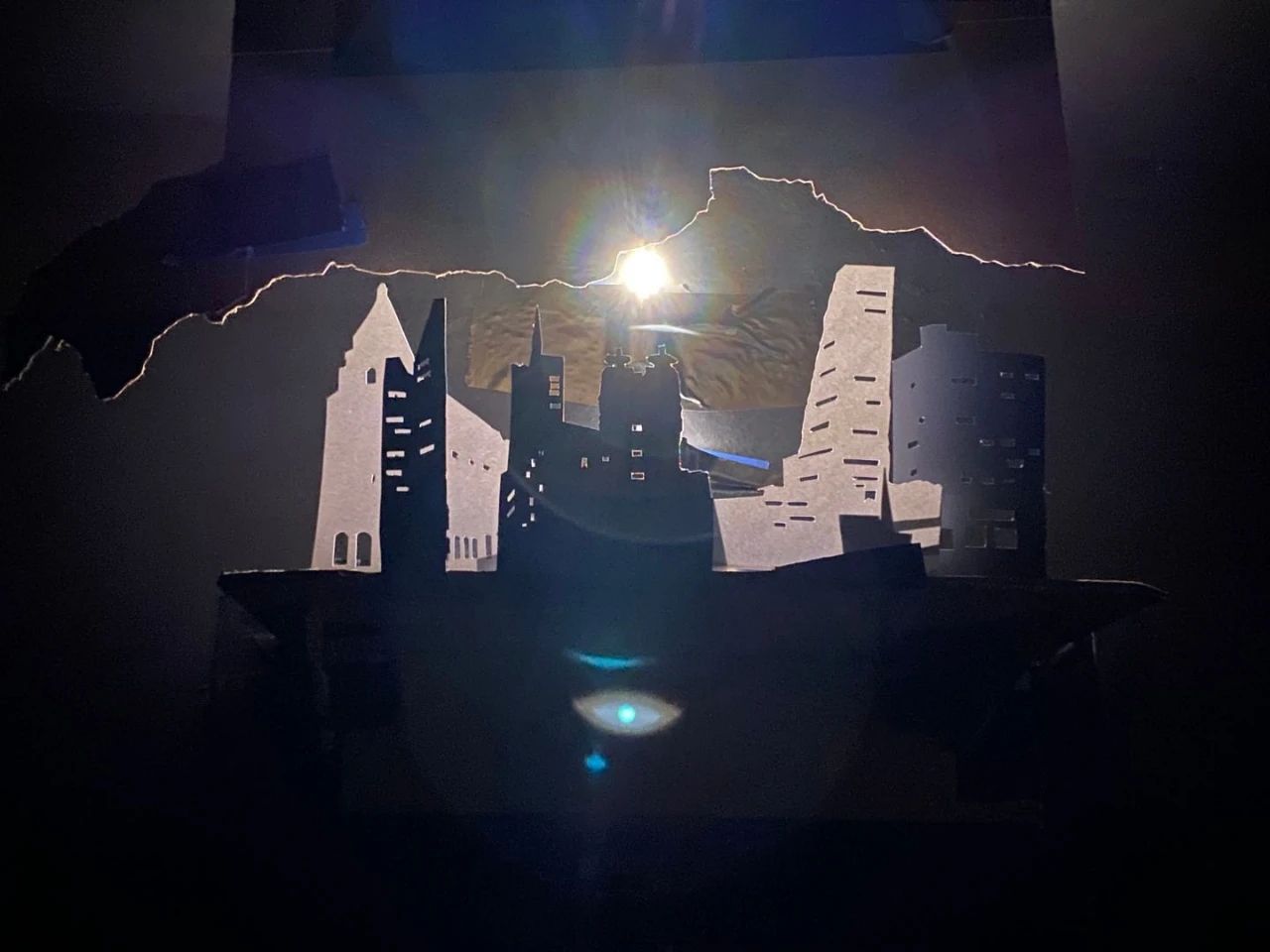 The tunnel also was selected because it was a naturally reverberant space which complemented the theme of the exhibition. All the audio featured in the exhibition was to be played in the tunnel on a stereo system I installed at one end. The stereo system is hidden from view with a hung linen cloth that we also rear projected images and text on.
This project was a fun and exciting project that could not have been realized without the trust and guidance from the curator, June Chu.
For more information see coverage on The Paper (Chinese only): https://www.thepaper.cn/newsDetail_forward_12476664