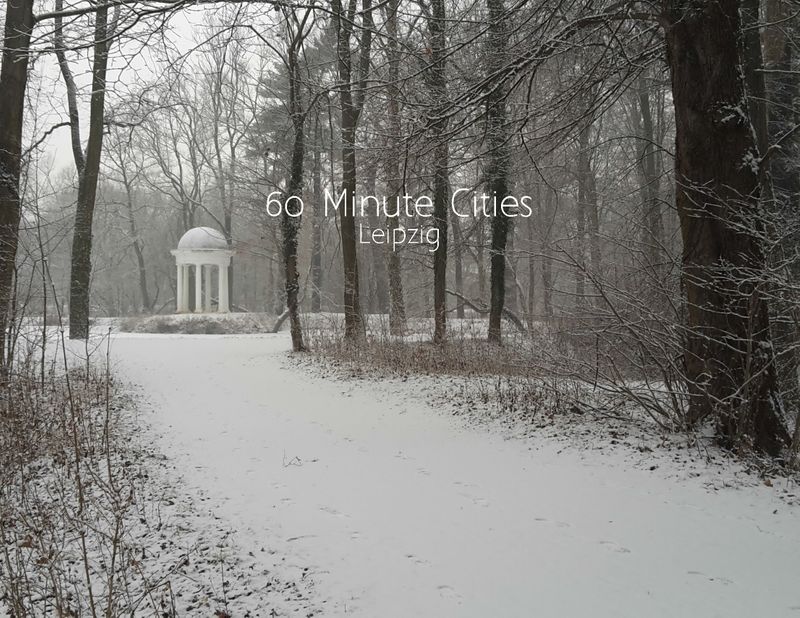 US $5 | RMB 30元
To listen and purchase please click below/ 聆听购买
Soundcloud | 虾米
[Purchase includes Mp3 audio files and PDF of track descriptions]
Look | 凝视
Issuu | 微博
Bivouac Recording · 60 Minute Cities- Leipzig
莱比锡被视为德国的新兴城市/拥有悠长历史和灿烂的文化积累，是当代世界让人振奋的地方/莱比锡是1989年德意志民主共和国政变起源地，是理查德瓦格纳出生的地方，也是巴赫写出那些经典巨作的地方/现在，这个城市不仅是东德最重要的经济中心，也是欧洲艺术最活跃的地方。
Leipzig, it is said, is the up-and-coming city in Germany / A city that not only has an interesting history and wonderfully rich cultural past, it is also one of the most exciting places in the world of the present / Leipzig is the city where the political change in the German Democratic Republic started in 1989, it is the city where Richard Wagner was born and where Johann Sebastian Bach has written his masterworks / Nowadays, the city is not only the most important economic center in eastern Germany, it is also the city with one of the most vibrant art scenes in Europe //
For me Leipzig is the city, where I was born and where I lived almost all my life / In these recordings I try to show what Leipzig means to me, and what makes it special beyond the advertising slogans //
关于艺术家
Sebastian Brock曾在莱比锡和巴塞罗那学医。同时，他也在莱比锡Deutschen Literaturinstitut学习文学。他写过很多戏剧，出版过两部小说，分别是"Silbersee" (2006) 和"Kurze Visite" (2010)。近几年，他开始尝试实地录音和声音艺术。此次60分钟城市 – 莱比锡是他发布的第一个录音。
Sebastian Brock studied medicine in Leipzig and Barcelona. At the same time he studied literature at the Deutschen Literaturinstitut Leipzig. He wrote several plays and published two novels, "Silbersee" (2006) and "Kurze Visite" (2010). In recent years, he has started working with field recordings and sound art. 60 Minute Cities – Leipzig is his first field recording release.